Get Wet and Wild in the Key West Backcountry 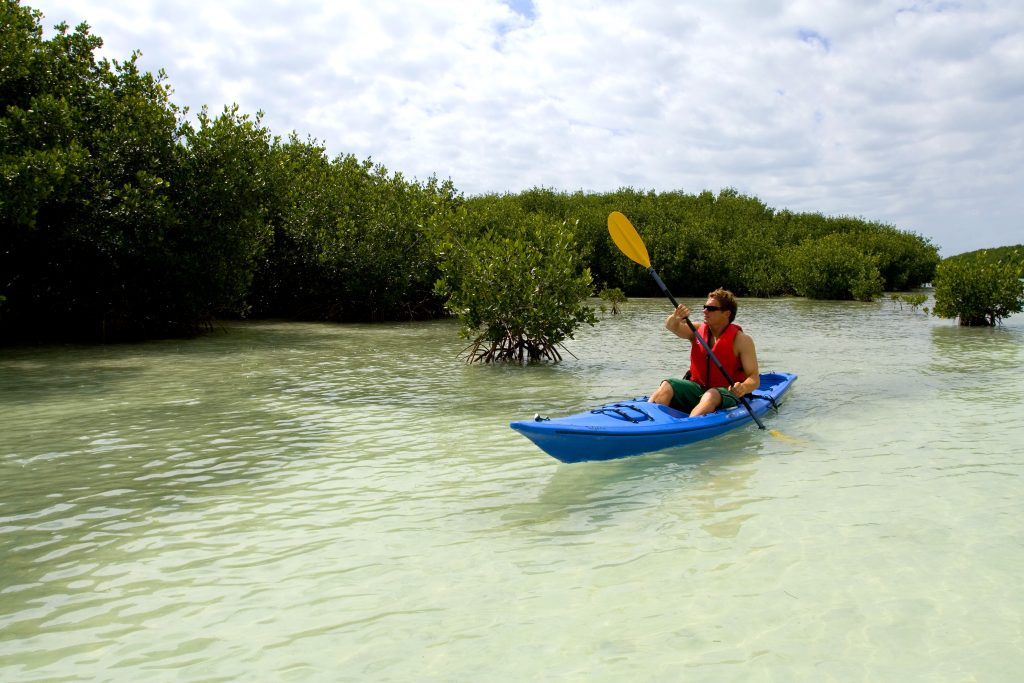 What most people know as the Florida Keys is the chain of inhabited islands that are connected to each other and the Florida mainland by the overseas highway. However, these islands are actually only one small element of a 100-mile-long strip of shallow water flats, tangled channels, and wild mangrove islands that separate the Atlantic Ocean from the Gulf of Mexico along a line running southwest from the Florida mainland to the Dry Tortugas. At its northern reaches, this strip blends into the waters of Florida Bay, the vast body of water that lies between the southern tip of mainland Florida and the upper Florida Keys down to Long Key. The Bay and the Keys make up part of the greater South Florida/Everglades ecosystem, a unique natural environment that covers about 10,800 square miles from Orlando to the Dry Tortugas.

Fisherman and explorers from the upper Keys generally refer to the waters of Florida Bay itself as the Backcountry. Depending on the bounds used for measurement, the size of the Bay is variously set at 800 square miles (2,100 km2), 850 square miles (2,200 km2), or 1,000 square miles (2,600 km2). The Florida Bay is characterized by many shallow interconnected basins, averaging only three feet in depth. Most of this area falls within the boundaries of the Everglades National Park, with the southern edge along the Florida Keys included in the Florida Keys National Marine Sanctuary. Florida Bay is a natural wonderland and a sportsman’s paradise that offers incredible opportunities for fishing, snorkeling and diving, wildlife viewing, and marine wilderness exploration.

In contrast, in the lower Keys and Key West, the Backcountry is generally identified as the pristine shallow-water marine environment that lies along the Gulf side of the Keys, beginning with the waters around Key West and running northeast up the island chain along the length of the Keys. This is a region of crystal-clear waters, shallow sand, coral, and sea-grass Flats cut by deeper channels, uninhabited mangrove islands, and tide-dependent sandbanks and beaches. All of the Backcountry lies within the Florida Keys National Marine Sanctuary, and portions near Key West are also within the boundaries of the Great White Heron National Wildlife Refuge and the National Key Deer Refuge.

The Key West Backcountry is world-renowned as a fisherman’s paradise. It also offers unmatched opportunities for marine exploration and adventure recreation. Much of the area is extremely shallow and strongly affected by the tide. Navigable water can become dry land in a matter of hours, and fierce tidal currents run through the channels between islands and Flats. Recreational access to much of the area requires an expert captain and a specialized shallow-draft boat.

However, the development of the easy-to-maneuver sea kayak and other effective shallow-water craft such as the stand-up paddleboard and the jet ski has opened the Backcountry for easy access by thousands of adventurous Key West visitors. A trip into this unique marine environment is unmatched for beautiful scenery, interesting bird and wildlife encounters, shelling and beachcombing, and the sublime relaxation of swimming, sunning, and picnicking on remote, empty sand bars and beaches. 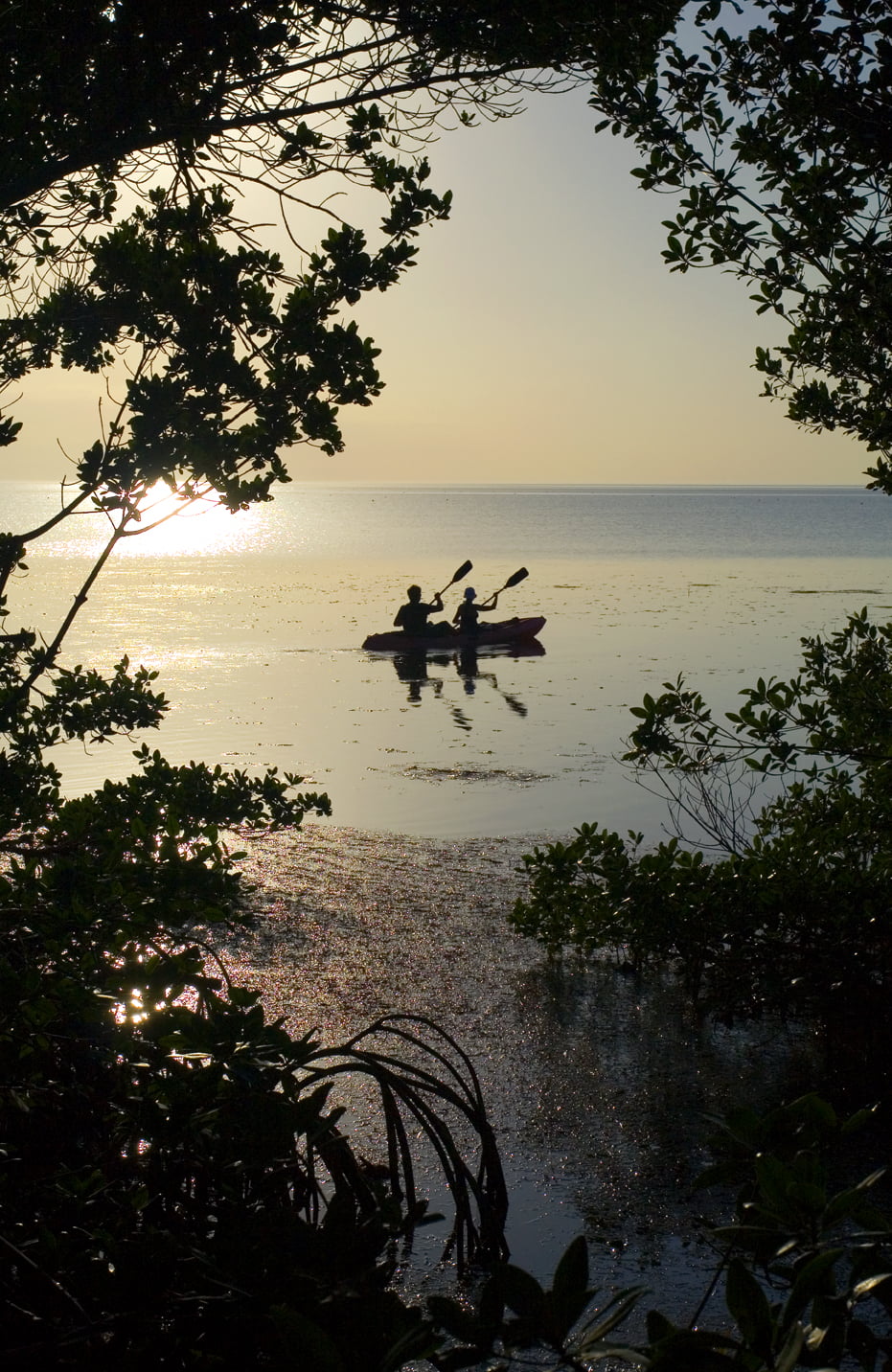 When paddling quietly through the narrow mangrove channels and across the clear-water Flats of the Backcountry, it is common to encounter herons, egrets, exotic migratory birds, sea turtles, manatees, sharks, rays, and many species of tropical fish. The waters of the Backcountry are in many areas protected from wind and waves, so they are most often calm, clear, and very safe for swimming and snorkeling. Though very easy and convenient to access from Key West, a Backcountry sea-kayaking eco-tour is still an adventure of a lifetime, with something for everyone from young to old, from first-time paddlers to seasoned kayakers.

A day exploring the Key West Backcountry is a must-do for your visit to the island. See the Keys marine environment preserved much as it has appeared for thousands of years, and get close-up views of unique wildlife, including many rare and endangered species. Cool Key West offers easy booking for many different Backcountry tour options. Spend a day exploring, snorkeling, and swimming. Combine a paddle with a sunset cocktail sail. Or head out on a Flats fishing trip in pursuit of the Keys Grand Slam – Tarpon, Permit, and Bonefish all caught in one day. Whichever choice you make, a day spent in the Key West Backcountry will show you why some old Keys hands dedicate decades to exploring this marine wilderness wonderland.