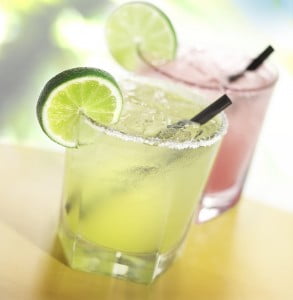 It’s a well-known stereotype that many literary authors are also raging boozers. Which, forgive us, doesn’t make us want to emulate them any less. In fact, at Cool Key West we can’t think of anything better than to sip a cool drink while typing away at our — er, laptops — out on the porch in the sweet night air. So in the interest of pure academic speculation, we’ve comprised a roundup of some of our favorite writers and the drinks they favored during all their late work nights and boozy afternoons. We’re not saying that downing a mojito will make you write like Hemingway, but hey — it couldn’t hurt. Check out Cool Key West‘s boozy list below. 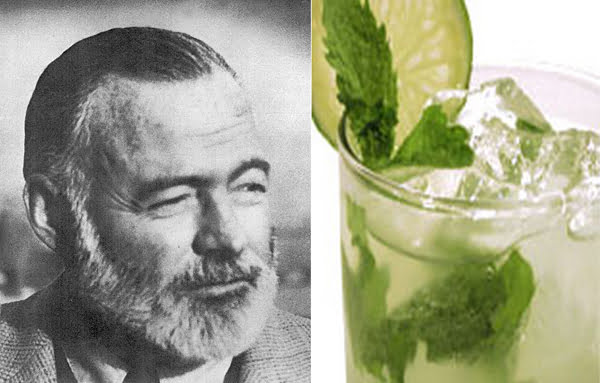 Drink: The Mojito. Though Hemingway is associated with a number of drinks, and drinking in general, the mojito was a particular favorite of his, as it was invented at La Bodeguita del Medio in Havana, Cuba, where he drank them in large quantity. Make sure to keep your glass full and sling misogynistic prose at passersby.
Motto: “Drinking is a way of ending the day.” 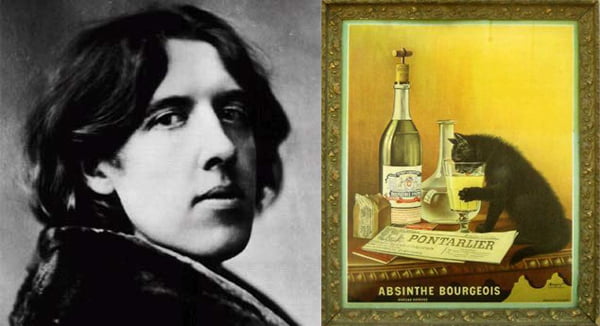 Drink: Absinthe. As he famously intoned, speaking of his time drinking at the Cafe Royal, “The first stage is like ordinary drinking, the second when you begin to see monstrous and cruel things, but if you can persevere you will enter in upon the
third stage where you see things that you want to see, wonderful curious things.”
Motto: “I have made an important discovery…that alcohol, taken in sufficient quantities, produces all the effects of intoxication.” Drink: Straight whiskey, as much as he could handle. Unfortunately, in 1953, the poet died after taking 18 shots of the stuff.
Motto: “An alcoholic is someone you don’t like who drinks as much as you do.”

Charles Bukowski
Drink: Boilermaker. For the uninitiated, a boilermaker is a whiskey shot paired with a beer, a drink that, needless to say, packs a lot of punch. Again, Bukowski was a big drinker, so it’s a little hard to nail it down, but even if this wasn’t his absolute favorite, we think it jives with his hardcore, drop dead drunk, party boy persona.
Motto: “That’s the problem with drinking, I thought, as I poured myself a drink. If something bad happens you drink in an attempt to forget; if something good happens you drink in order to celebrate; and if nothing happens you drink to make something happen.” Drink: Gin Rickey. As legend has it, both F. Scott Fitzgerald and his wife Zelda were notorious lightweights, not to mention mischievous drunks. Fitzgerald claimed that he liked gin because no one could smell it on his breath – though we bet that when he and his wife were dancing naked at parties, no one really had to.
Motto: “First you take a drink, then the drink takes a drink, then the drink takes you.” 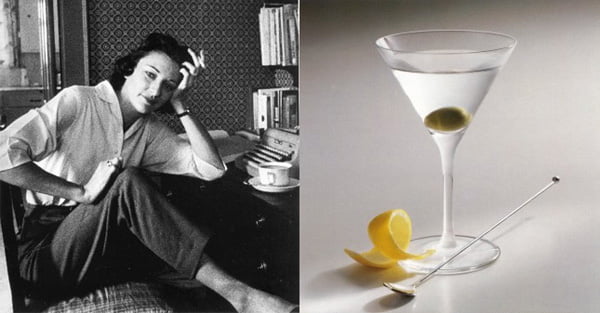 Drink: Martinis. Apparently, after their poetry classes in Boston, she and Sylvia Plath would run off to the Ritz Carlton for a few rounds of very dry martinis. Then Anne would pick up some guys.
Motto: “Oh thumb,
I want a drink
it is dark,
where are the big people,
when will I get there…?”

Drink: Vodka and Coke. Trust Burroughs to keep it super simple and super alcoholic. Besides, after all that heroin, he probably couldn’t even feel it.
Motto: “Our national drug is alcohol. We tend to regard the use of any other drug with special horror.” 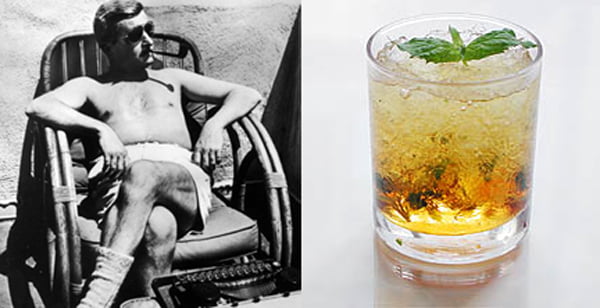 Drink: Mint Julep. Like any Southern Gothic writer worth his salt, Faulkner was up to his ears in mint juleps. He’s also one of those authors who thought he wrote better with a little whiskey in him, and kept a bottle by his desk at all times.
Motto: “There is no such thing as bad whiskey. Some whiskeys just happen to be better than others. But a man shouldn’t fool with booze until he’s fifty; then he’s a damn fool if he doesn’t.” 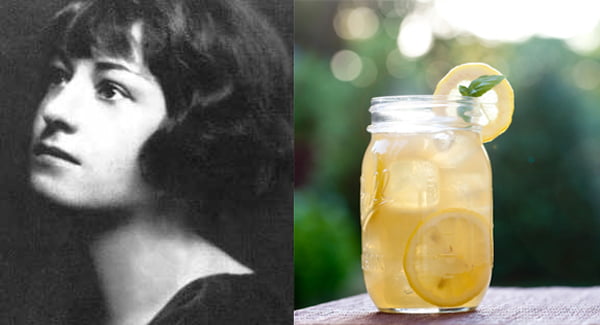 Drink: Whiskey Sour. Though Miss Parker enjoyed many cocktails in her day, her favorite may have been the whiskey sour. Martinis were obviously a close second.
Motto: “I wish I could drink like a lady
I can take one or two at the most
Three and I’m under the table
Four and I’m under the host”