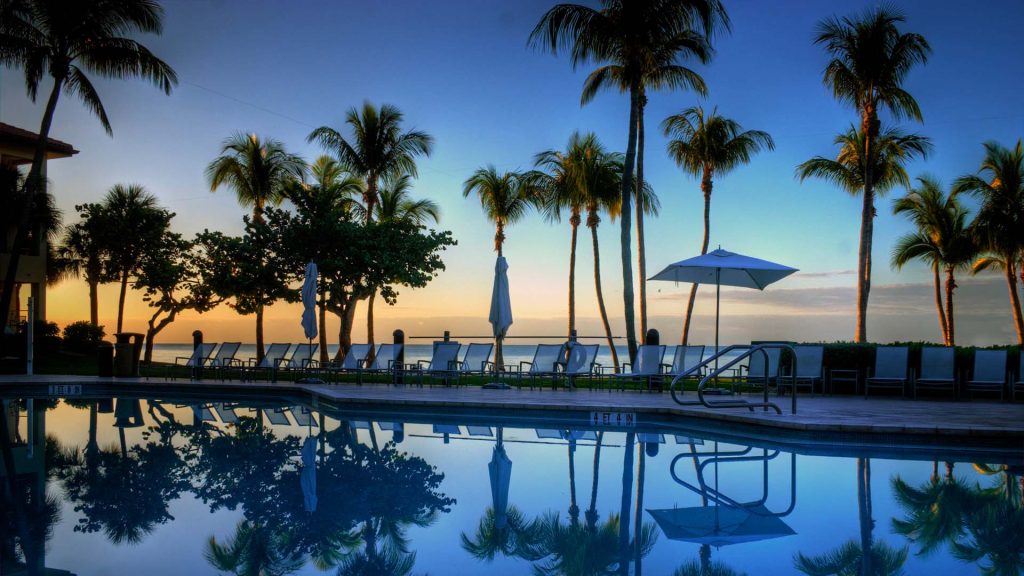 Where is Key West? Key West is where it is all at for the most amazing vacation ever. America meets the Caribbean in the tropical island paradise of Key West.

In a world where GPS applications are available on every smartphone, it is easy to answer the question “Where is Key West?” Key West is located at 24°33′33″N/81°47′03″W at the Southernmost Point of the Continental United States. The city of Key West occupies the main island of Key West, approximately 4 miles (6.4 km) long and 2 miles (3.2 km) wide. The city limits also encompass the nearby islands of Sunset Key (Tank Island), Fleming Key, Sigsbee Park, and the northern portion of Stock Island, which is connected to Key West by a causeway. Although Fleming Key and Sigsbee Park lay within the Key West city limits, they are part of US Naval Air Station Key West and are not accessible by civilians.

At the southern end of US Highway 1, Key West is 161 miles from Miami and is the southernmost city in the continental United States. The Florida Keys down to Key West are connected to the mainland US by the 127.5-mile (205.2 km) long Overseas Highway. This highway was originally built on the bridges of the Overseas Railway developed by American industrialist and Standard Oil founder Henry M. Flagler as an extension of his Florida East Coast Railway and operated from 1912 to 1935 to connect Miami with the Keys and Cuba. Comprised of 113 miles of roadway and 42 overseas bridges, this highway is the southernmost leg of U.S. Highway 1 and includes the famous Seven Mile Bridge, the longest segmental bridge in the world.

The island of Key West and the rest of the Florida Keys make up the northern shoreline of the Florida Strait, the passage connecting the Gulf of Mexico with the Atlantic Ocean. At its narrowest point, between Key West and Cuba, the Strait is only 93 miles (150 km) wide. This puts Key West closer to Havana than Miami and accounts for the strong Cuban presence on the island. Until the Cuban revolution in 1959, regular ferry and air transport services operated between Key West and Cuba, then a popular destination for American tourists. In fact, pioneering international airline company Pan American World Airways (Pan Am) was founded in Key West in 1927 to operate mail and passenger services between Key West and Havana.

Key West is the only American Caribbean possession reachable by land. The island is far enough out to sea to seem a cultural world apart from the U.S., but close enough to be easily reached by land, sea, or air. For yachters, Key West is a popular jumping-off point for destinations in the Caribbean, and Central and South America. The Bahamas to the east are about 282 miles away, while landfall to the west on the Yucatan Peninsula can be made in about 350 miles. Key West is also a popular cruise ship port, and the busy season may see over 30 ships per month stopping at the city’s Mallory Square Dock, the privately owned Pier B, or the Navy Mole.

Contact CoolKeyWest if you would like to find out for yourself where Key West is. Come on down and learn why Key West is a magnet for millions of tourists every year, as well as an endless array of visiting celebrities, movie stars, politicians, and international jet-setters.